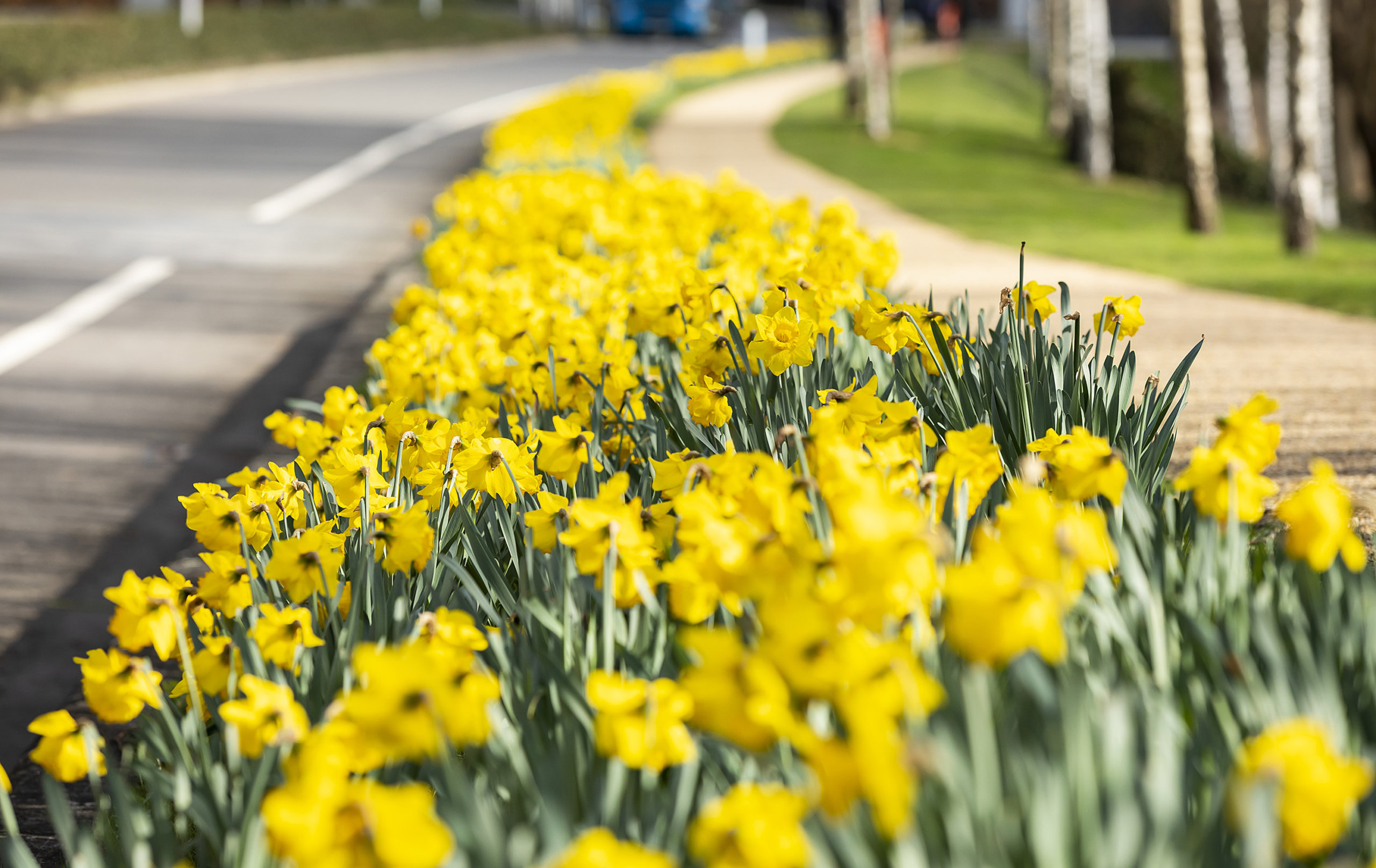 Spring is in the air at Green Park, with daffodils beginning to bloom all along the verges and birds finding nest boxes to lay their eggs in. The Landscaping Team have been preparing the park for one of the most colourful times of the year.

Transitioning into spring:
The Green Park Landscaping Team have been working hard to complete their winter tasks, in time for the spring and most importantly, nesting season. It’s important that tasks such as tree and reed works are completed on time to ensure that there is minimal disturbance to the wildlife who use these habitats to breed and raise their young.

Preparing for the nesting season:
This year we’ve decided to add more bird boxes on-site following an extremely successful nesting season in 2020, with almost every box being used! At the end of February, we increased the total number of bird boxes on-site to 57. These will be checked each year after the nesting season to be cleaned and cleared, ready for next year. This also allows us to monitor the bird breeding population at Green Park, which is a requirement of the Biodiversity Benchmark held by the site. The Wildlife Trust’s Biodiversity Benchmark Award is given to sites showing outstanding contributions to ecology and biodiversity. Here at Green Park, we have recently had our annual audit which sees a review of practices and key performance indicator species, of which breeding birds was one. Once again, we’ve impressed the Wildlife Trust with our continued commitment. Therefore, we’re delighted to announce that we have successfully retained the award which has been held by the site since 2015.

Biodiversity focuses:
Our biodiversity management plan for 2020 – 2025, focuses on initiatives that effect hedgehogs, botanical species, bats, breeding birds and invasive species. This will include a focal point on habitat management and creating a haven for wildlife whilst maintaining the aesthetic qualities of Green Park.

Last year we saw 50% of the artificial spaces made for hedgehogs utilised and 100% of the mammal tunnels used throughout the active season. Thus, proving that Green Park can sustain a healthy population of hedgehogs.

New biodiversity area:
If you happen to get the chance to take a stroll around Green Park, please keep an eye out for our new biodiversity area constructed by the Green Park Landscaping Team, opposite 100 Brook Drive. It includes hedgehog homes, mammal tunnels and leaf litter piles. Perfect inspiration for those wanting to spruce up their gardens this spring and encourage wildlife at home!