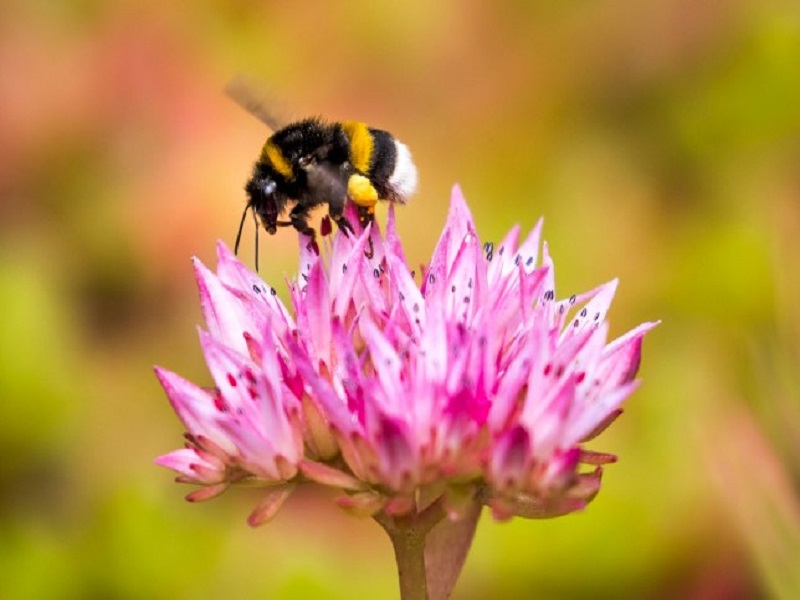 With bumblebees struggling in the modern climate, we are pleased to have discovered a bumblebee nest at Green Park!

There are 24 known species of bumblebee in the UK, they are large, furry, four winged insects that feed on nectar and pollen but they do not produce honey. They will store their food in nectar cups, which they will eat throughout their flying season. Bees make excellent pollinators because they are covered in hairs and as they fly from flower to flower, they become covered in the plant’s pollen and transfer it between the male and female plants to pollinate them.

Bumblebees have begun to struggle in the modern climate with some studies suggesting in any given place in Europe, their populations have decline by a third since the 1970s. This is most likely a result of the increasing temperatures and erratic weather, meaning the bees do not make it a full season and subsequently cannot produce more bees. In a report by the University of Ottawa, Canada they found bumblebee populations declined rapidly between 2000-2014: the likelihood of a site being occupied by bumblebees dropped by an average of over 30% compared with 1901-1974. With this in mind, we are pleased to say we have continually found bumblebee nests at Green Park.

A nest was discovered this week by our Landscaping Team in one of our wildflower meadows, and we believe it belongs to a colony of white tailed bumblebees. 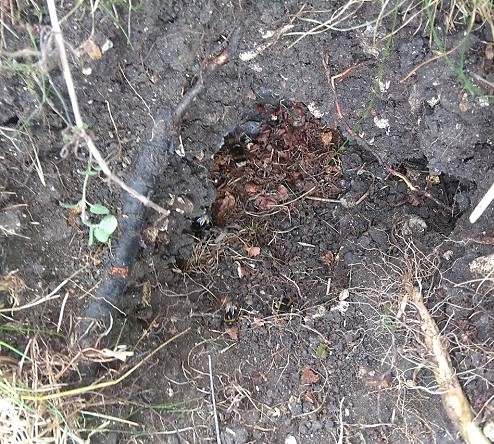 Unlike honeybees, bumblebees live in a colony rather a hive. The colony is founded by a queen who emerges in winter, mates with a drone, fills her body up with pollen and nectar and then hibernates. When spring has warmed up the earth she has hibernated in, she fills up on food again and finds a spot to lay her first batch of eggs. She will make a waxy cup to keep her food in whilst she produces as many eggs as she can. The worker bees will then provide more food throughout the spring and summer. The queen will then hibernate again and may have even produced more queen bees for next spring.