Whilst only five minutes from the M4 corridor, Green Park is a haven full of different species of wildlife. With a huge variety of insects, reptiles, mammals and birds, we are excited to announce that the Egyptian Geese & Canada Geese have both had goslings!
These beautiful, vibrant geese have had over five gosling each! How exciting is that for Green Park?

Both the Egyptian & Canada geese are part of the Anatidae family, along with ducks and swans.

For more than 300 years Egyptian geese have struggled to establish themselves in Britain due to them struggling to survive the cold winters. These birds are now abundant across Greater London and surrounding counties. They were brought to Britain in the late 17th century as an ornamental bird for the lakes of country gentlemen. Therefore, it is super exciting to be able to witness these beautiful, colourful birds breeding!

Geese are primarily herbivores and usually eat tender grass and plant materials, such as roots, leaves, stems and sprouts. They also eat insects, fish, rice and corn. They can have small amounts of bread, but we advise against this as there is no nutritional value for them.

The Egyptian geese are not known to have a migrating pattern, but Canada geese can travel up to 1,500 miles in just 24 hours with a favourable wind. The Canada goose is normally native to the Arctic and temperate regions of North America, but their migrating patterns are known to reach northern Europe, whereas the Egyptian geese are native to Africa, south of the Sahara and the Nile Valley.

So when you are walking around the site be sure to keep an eye out for the charming goslings of Green Park! 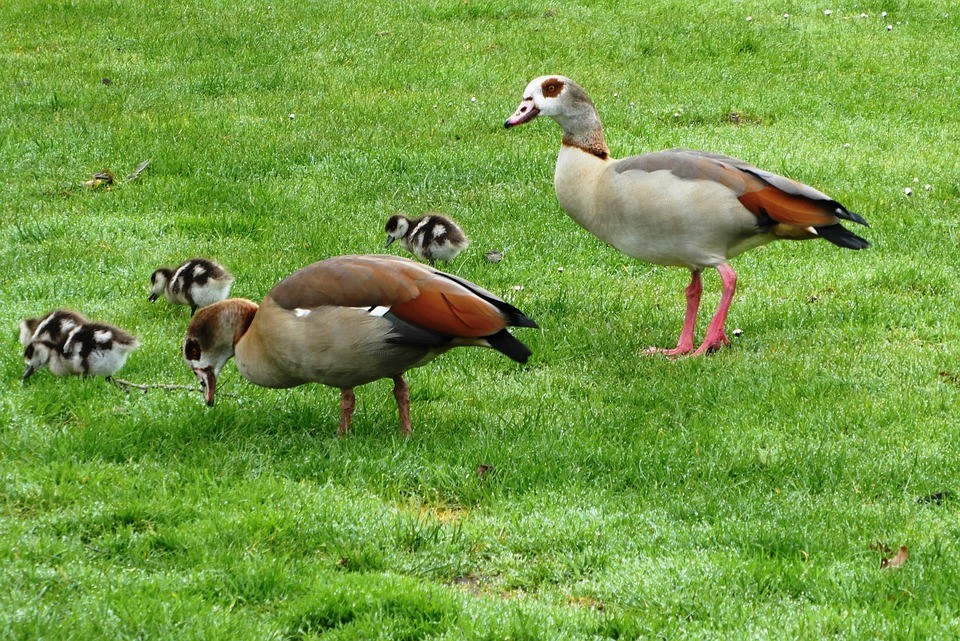