We caught up with Green Park’s cygnets this week! 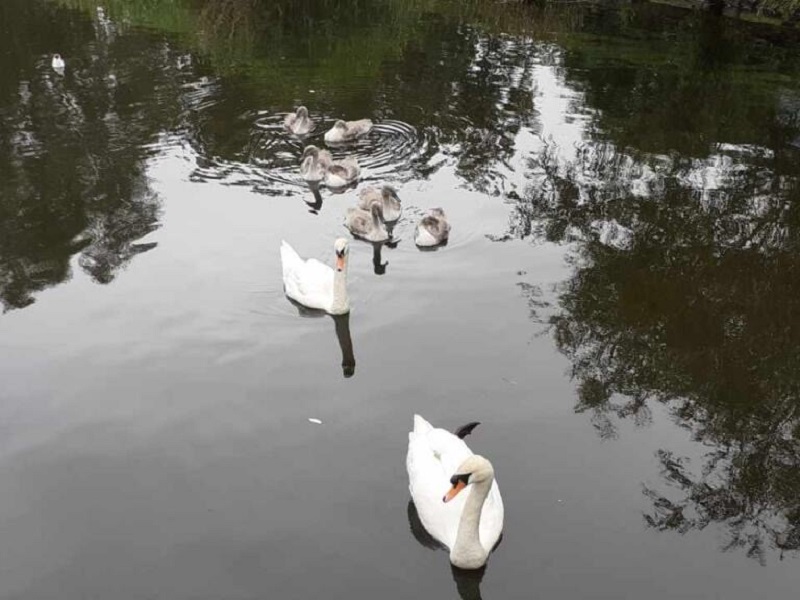 Now five weeks old, these cygnets are growing each day. So, we thought we would catch up with them this week to see how they are getting on.

As you can see, this Swan still has all seven of her cygnets. Cygnets have a challenging first two weeks, but once they’ve made it past that first fortnight, they’ve passed through one of the most vulnerable periods of their life. The time between now and three months old, is very difficult and risky too – but if they’ve made it this far, they’re clearly able to meet their basic survival needs, such as being able to feed themselves, keep warm and avoid harmful situations.

Once the cygnets gets beyond fourteen days old, one of the first things to stop are the free rides on mum and dad. The cygnets are getting noticeably larger and heavier now – too much for mum and dad to shoulder the weight of.

If a cygnet can make it to 4-6 months, there’s a very good chance they will make it to independence. In other words, being able to fly off and leave the parents. That’s right! Despite popular belief, swans can actually fly. They are among the largest flying birds out there and need about 30 yards to become airborne.